Disney is a solid company, with good dividends and a strong brand name. They have won the hearts of millions with their movies and parks, and have become commonplace in the lives of adults and children alike.

They’ve been around for ages, a solid rock of performance in the stock market. A safe stock for grandparents to buy their grandchildren. A stock that is expected to continue growing and doing well.

But Disney is facing some serious competition. And there is only so far you can go on the platform that they have. And a company can only go so long on the same ideas, as evidenced by their recent financial statements.

The consumer has a very short attention span, dropping 4 seconds in the span of 13 years. That’s about a 1/3 of a second every year. So our attention span is right about 6.7 seconds right now. The goldfish has an attention span of 9 seconds. 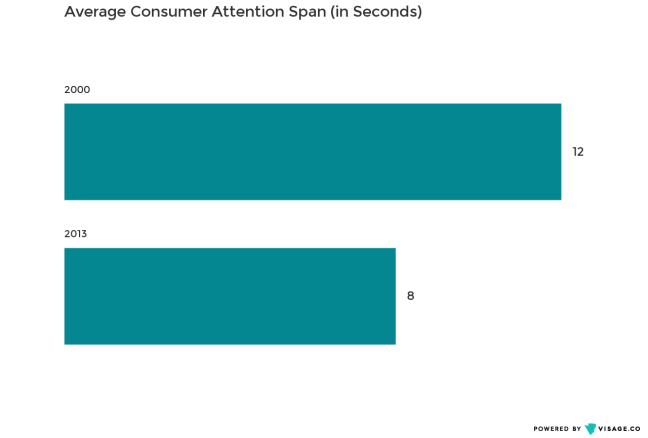 Cable companies are dying. Traditional broadcast is essentially a fossil. And Disney hasn’t proved that they can separate from that death trap yet.

Viewership has fallen across all their platforms, which represents 44% of their revenue source. Natural disasters and rising ticket prices are threatening their parks, a solid 31% of revenue.

So what’s Disney to do?

First, they have budget cuts. They will be slashing essentially 10% of their annual costs through staff reductions and restructurings.

The news of the cuts follows the announcement that Shonda Rimes, a producer at ABC, will be leaving the company for Netflix. That’s kind of a stab in the back, as Disney is currently pulling all their movies from Netflix to open up their own streaming service.

Everywhere Disney turns, they face a radical amount of competition.

It is kind of a big deal that Disney is pulling all content from Netflix. They plan to compete by creating their own streaming service, which is a good idea in theory, but it might be harder in practice.

Investors have all sorts of questions – How will it be accomplished? How expensive will it be to create? What’s the plan with regards to competition? What happens if it doesn’t work?

And what happens if it does work?

Disney also plans to launch an ESPN streaming service in  2018 (ESPN is a thorn in the company’s side at the moment with rapidly declining subscribers – 300,000 a month) and a family friendly streaming service, to compete with Netflix and the multitude of other services, in 2019.

That’s a lot of competition – something Disney doesn’t know how to deal with very well.

With regards to ESPN- according to the Wall Street Journal, if the company can perform something called minimum penetration guarantees with regards to the streaming service, then they can gain back 2.5 million subscribers and $400 million in revenue.

This would involve Disney increasing the prices that they charge to cable companies for carrying ESPN. This could potentially carry over to consumers with increased cable costs, which is a gamble considering the decrepit state of the industry at the moment.

However, ESPN has some exciting prospects in the work, with regards to a deal with ACC and BAMTech that might entice some viewers to pay that premium.

The success of these deals and ideas are key to Disney’s success.

Right now, when we look at the metrics for the company, they are a little concerning.

The gross profitability, calculated by dividing gross profits by total assets is only 27%. (Information via Cap IQ)

The PE has decreased, which might be due to share buybacks and isn’t something that concerns me personally.

The number that really caught my eye was the beta of the company. It sits around 1.42, which is higher than industry average, and 42% higher than the SP 500. (Yahoo Finance)

So when the SP 500 moves $1, Disney moves $1.42. For a company that isn’t a growth company persay, that is concerning. That’s a lot of movement for no good reason.

When we look at the 1 year IV percentile, which compares the implied volatility of the company over the course of the year, it sits at 71%. That’s pretty high. (Via DOUGH)

And that could be due to the uncertainty surrounding the streaming service and the hurricanes plowing through Florida.

But it seems as though investors are paying a premium for the unknown in this situation, which is never a good spot to be in.

Going back to metrics – when we look across the table, there has been essentially zero growth in ROA, ROC, ROW, and Gross Margin since 2013. (Via Cap IQ)

This might be because Disney has a wide economic moat. Competition has been increasing for a while, but Disney has always had a pretty set stake in their industry, for a couple of reasons.

Disney has good geography – they have theme parks in key areas. And their movies are in all the theaters everywhere.

They have incredible intellectual property, and have a branding that can’t be matched.

Bob Iger just announced that earnings are likely to be flat, and investors responded with a 4% sell-off.

Disney might be a long term bet, if a bet at all in their current condition. There is a lot of growing that the company needs to do. They are in somewhat of a mid-life crisis – unsure about what direction to go, but knowing that they need to do something.

It has some big things coming, but those big things might take years to see rewards from. Competition is increasing across the board, and the name Disney isn’t as shiny as it used to be.

I believe that things can move in the right direction, but it might be a complete overturn of the company, and the volatility behind it simply might not be worth it.

As Robert Iger, the CEO retires from the company after 12 years, I’m sure many investors might consider doing the same.